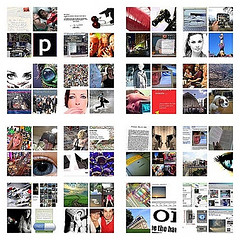 Mary Hodder’s post about “The Conversational Middle: Maturing of the Blogosphere” is a must read for anybody who wants to get a closer look at where the blogosphere is headed. So I urge you to read it before you move to the rest of this post.But first, before I add my comments and 5 cents, I must “protest”. Mary kindly opens her post referring to my talk at kinnernet, but “credits” me with numerous opinions that aren’t mine, which were were voiced by me for rhetorical purpose – to describe some of the existing views. (and incidentally, I did use the word meme, though not consistently, because I did not want to exclude listeners unfamiliar with the term). Having said that, since Mary’s post precedes mine, I couldn’t escape a certain “I totally agree, but…” structure, to bring my argument back to my original intent. Anyway, enough apologetics, let’s see what you think…

There is no “unified purpose”, but purposes matter
I do not think for a moment that there is a unified purpose for blogs, nor that there should be. There are many different blogging subjects and blog genres. However, I do think that a closer look at the dynamics of each genre by itself is valuable.
This is something that isn’t happening often, as most quantitative analysis is “content neutral” by nature, and most of the other conversation in the centre of the public debate is heavily focused on: meta-blogging, PR, technology, media and other familiar subjects.

I also believe that while blogging, micropublishing and online identity management affects society as a whole regardless of content, “not all genres are created equal” and that some genres have a bigger implication on the face of blogging as a phenomena and on culture in general.
With that in mind, I mentioned in my talk some genres which I personally find interesting, and that are quite prominent, starting with personal journals (also mentioning creative writing blogs), and moving on to talk about the “blogging professional” phenomena (not blogging for money, but professionals who blog about their field). That last genre is where the discussion stayed. Maybe because of the people who attended, but at no point did I claim “This is what it is/should be about”.

“The conversational middle” can sometimes discourage change
I totally agree with the picture that emerges from the figures Mary so meticulously analyses – As the blogosphere becomes bigger, more and more activity will happen down the “long tail” in the appropriately named “conversational middle” where smaller communities engage in discussions that are important to them.
My concerns however, aren’t simply a lament of the difficulty to become a “broadcast” blogger, because i do not care about that at all. I only wish to point out that some of the things that were possible/relatively easy to achieve so far, will not stay that way. This is about recognising what is lost without realtion to what is won. It is especially easy to see such things in the blogging professionals genre, which is a group that had a big impact on the blogging cultural phenomena.
So far, it has been relatively easy to build readership, not to broadcast level, but to a couple of hundreds ; It has been quite easy to be heard in the conversation near the top of the tail ; It has been relatively easy to use “first mover” advantage if you were of the first of your field to blog, and become an expert ; the list goes on (and probably changes according to genre).
This will diminish as the blogosphere matures. When you are the 1000th blogger in your field, it’s not the same as being the 100th, and certainly different than being one of the first 20…

If the future belongs to infinite communities, talking among themselves, the network becomes more complex, and more distributed, and there is no guarantee that memes can cross from one community to the other and reach the wide public. (even the public of a specific discipline / subject / genre, once there is enough mass)

Since the community talking among itself will be a very strong requirement to get any attention at all, isn’t there a built-in “meme segregation risk”? (maybe not every time, but surely at least sometimes)

You can dismiss this view and say “so what? this what blogging will and should become, as it is inherent to the conversational nature of blogs.”
That may be right, but it doesn’t change the fact that some things are going to change, and they will have a ripple effect, among other things – on the motivation to blog at all, on the blogging meme itself (why is it good to blog? What can happen? What can blogs do to society? What can they do to the individual – a central engine to all the growth), and on current democratisation of being able to become influential and leave your mark (again, I’m not referring to dreaming on being an a-list blogger, just being able to contribute to your peer group).
It may even lead to a situation where with some genres bloggers prefer other identity management formats to blogging as we know it (myspace anyone?), becuase all that writing “won’t be worth it” in those contexts …

This influence goal, I believe, is not a mere male power fantasy, it’s what every ambition for change is about, and I’m not sure that what we’ll end up with, won’t be closer to current “real life”dynamics, that some of us may be under the impression blogs released us from.
Democracy is great, but it is not a magical solution, there is often a tyranny of the majority/masses side-effect, which is a major power behind the traditional broadcast culture, and I personally can see how it can undermine the narrowcast culture that is often envisioned as an alternative to what we have now.

(blogged while on a biz trip to Moscow, comment reply time may vary)